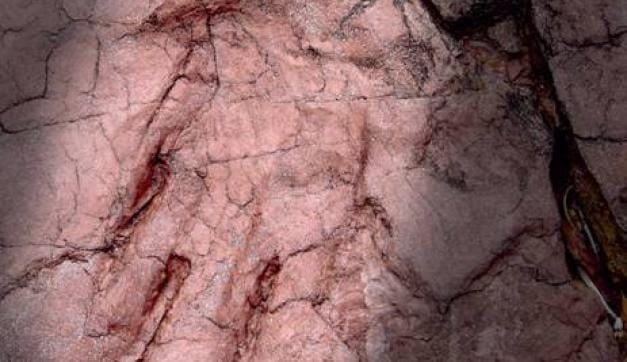 In the Ichnological site of Bejís, in the province of Castellon, three ichnites have been identified in the ceiling of two strata of red sandstones of the Triassic Period. A block of sandstone, fallen at the foot of the road, contains two pentadactyl prints, belonging to the same foot.

The stratum also contains invertebrate traces and current marks. A third digitigrade tridactyl footprint, of a dinosauriforme type, is located on the ceiling of a stratum of sandstone situated on the slope of the road. The ichnite has a rounded morphology, slightly longer than wide, with impressions of fingers joined together. It is a morphology similar to that of the footprint of a basal dinosauriforme or a prosauropod dinosaur.