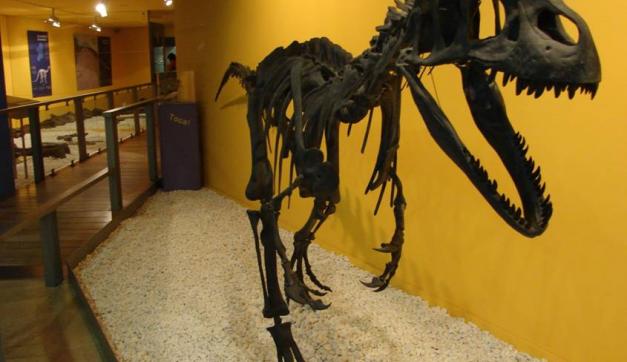 The museum has five exhibition areas:

-Technology and knowledge: It shows how technology is the driving force behind science, from optical microscopes, with which spectacular discoveries were made, such as the Neuronal Theory of Cajal, to modern electronic microscopes, which made possible cellular study and the advancement in the treatment of diseases.

-“Rodrigo Botet” paleontological collection. The largest collection of American mammals of the Pleistocene Period present in Europe. The specimen of Megaterio and some typical specimens are notable.

-Stories of life and evolution. A journey through more than 4000 million years of evolutionary change, of which we have evidence thanks to fossils, with representatives from all over the world.

-“Eduardo Roselló” Conchological Collection, with a complete representation of the Valencian molluscs and other exotic specimens.

-Ecosystems of the municipality of Valencia: La Devesa, La Albufera and L’Horta.

The museum allows a journey through knowledge and natural history, taking special care of contents that refer to the Region of Valencia. There is a reproduction of a prehistoric cave and a reconstruction of the study of Ramón y Cajal, including an audiovisual feature about the major Valencian scientists.