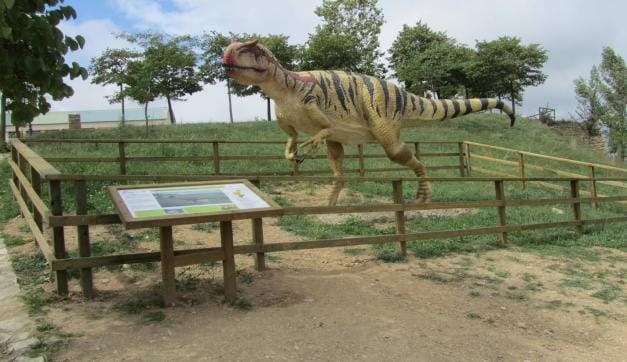 The ichnological site of the Barranco de Vallivana, from the Lower Cretaceous Period, about 135 million years old, is located next to an abandoned section of the N-232 road, around 17 km from the town of Morella, in the surroundings of the Macareno farmyard.

It is constituted by a sequence of lacustrine limestones that contain around 25 clearly identifiable tridactyl ichnites, as well as several partially preserved icnites that make up a surface with very notable dinoturbation. The footprints belong to theropod dinosaurs, which left their prints when moving over sediments of a lacustrine environment. Four of the best-defined ichnites are grouped on a North-South orientation.

The site has been prepared to enhance its visitability.