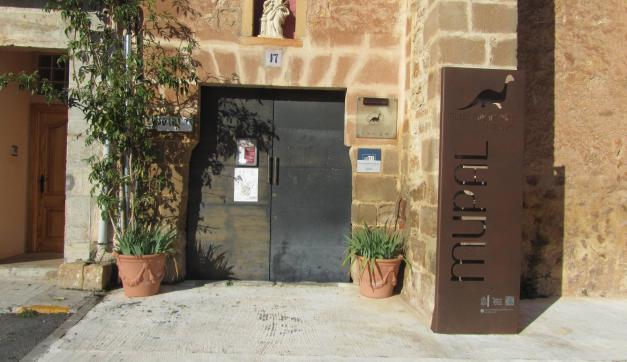 Would you like to visit the Paleontological Museum of Alpuente to take a trip back in time to 145 million years ago?

Alpuente is known in the world of palaeontology for the numerous and important dinosaur sites found in the area. The Paleontological Museum of Alpuente has been considered an active space with the capacity to inform and at the same time excite anyone who visits it. In a pleasant, clear and simple way, some basic concepts are introduced in order provide a better understanding of the findings and the work carried out by palaeontologists. In it you can see the bones of dinosaurs that have been recovered in palaeontological excavations. The museum aims to advertise the world of palaeontology in Alpuente and in the Serranía region.

What would this place have been like 140 million years ago when the dinosaurs populated these lands?
How did the bones of those dinosaurs become fossilised?
What other fossils are found in the area?
What traces did they leave of their activity?
What was the vegetation around them like?

All this and much more can be discovered in the Paleontological Museum of Alpuente.

The museum is located in the former Hermitage of Santa Bárbara, located in the town of Alpuente, renovated by the City Council of Alpuente, along with the Provincial Council of Valencia, the Ministry of Agriculture, Fisheries and Food and the IVADER (Valencian Institute of Rural Development). The visit is carried out with a guide.